What Will My Support Do?

Every euro you raise will go toward our €50k goal, which is the amount we desperately need to keep the lights on at the landmark Neo-AEGIS trial.

How does the trial work from the inside?

Our Neo-AEGIS trial patient -Tiernan Clarke- shared his experience with us. After Tiernan, who had a strong family history of acid reflux and Barrett's Oesophagus (his siblings are also affected), developed oesophageal cancer, he signed up to the trial prior to his surgery in January 2018.

He feels extremely grateful and privileged to have been a suitable candidate for the trial. Not only is he getting continuing treatment and attention from a medical team he trusts completely, he is aware that ongoing monitoring and responses to treatment will contribute to the development of a global best-practice that could help countless oesophageal cancer sufferers in future.

“I feel very privileged to have been part of this groundbreaking trial and appeal to anyone reading to help it continue to completion. It’s the reason I’m now cancer free and that’s something that feels amazing to be able to say. Thank You for helping in any way you can." 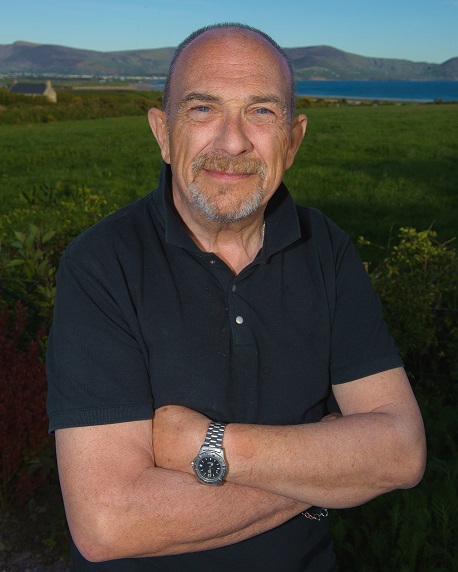 Neo-AEGIS is a groundbreaking, one-of-a-kind research program being led by Cancer Trials Ireland, that compares two ways to treat oesophageal cancer. Despite a dramatic increase in this type of cancer in the developed world over the last 30 years (with Ireland having one of the highest rates of oesophageal cancer in Europe), there is still a lack of consensus internationally, as to which of the two current options is the best regimen.

For the past 5 years, aided by significant OCF funding, leading researchers, surgeons, radiation and medical oncologists from across Europe have been involved in developing the trial, along with patients in Ireland, the UK, Denmark and France (and shortly The Netherlands and Sweden). To date 363 patients have been recruited to the trial (of which 131 are Irish), which is well on the way to the 540 patients in total that the trial is designed to study.

The trial’s Chief Investigator is Professor John Reynolds from St. James’s Hospital, Dublin, and Academic Head of Surgery in Trinity College Dublin, and he says "The Irish-led International Multicentre Neo-AEGIS trial, in comparing the CROSS and MAGIC/FLOT protocols, purely in patients with adenocarcinoma of the oesophagus, could establish a new international standard of care."

It's difficult to overstate how pivotal this Irish-led initiative could prove to be in changing how oesophageal cancer is treated globally, but without an additional €50k in funding, the trial will have to be discontinued and all progress to date will be lost.